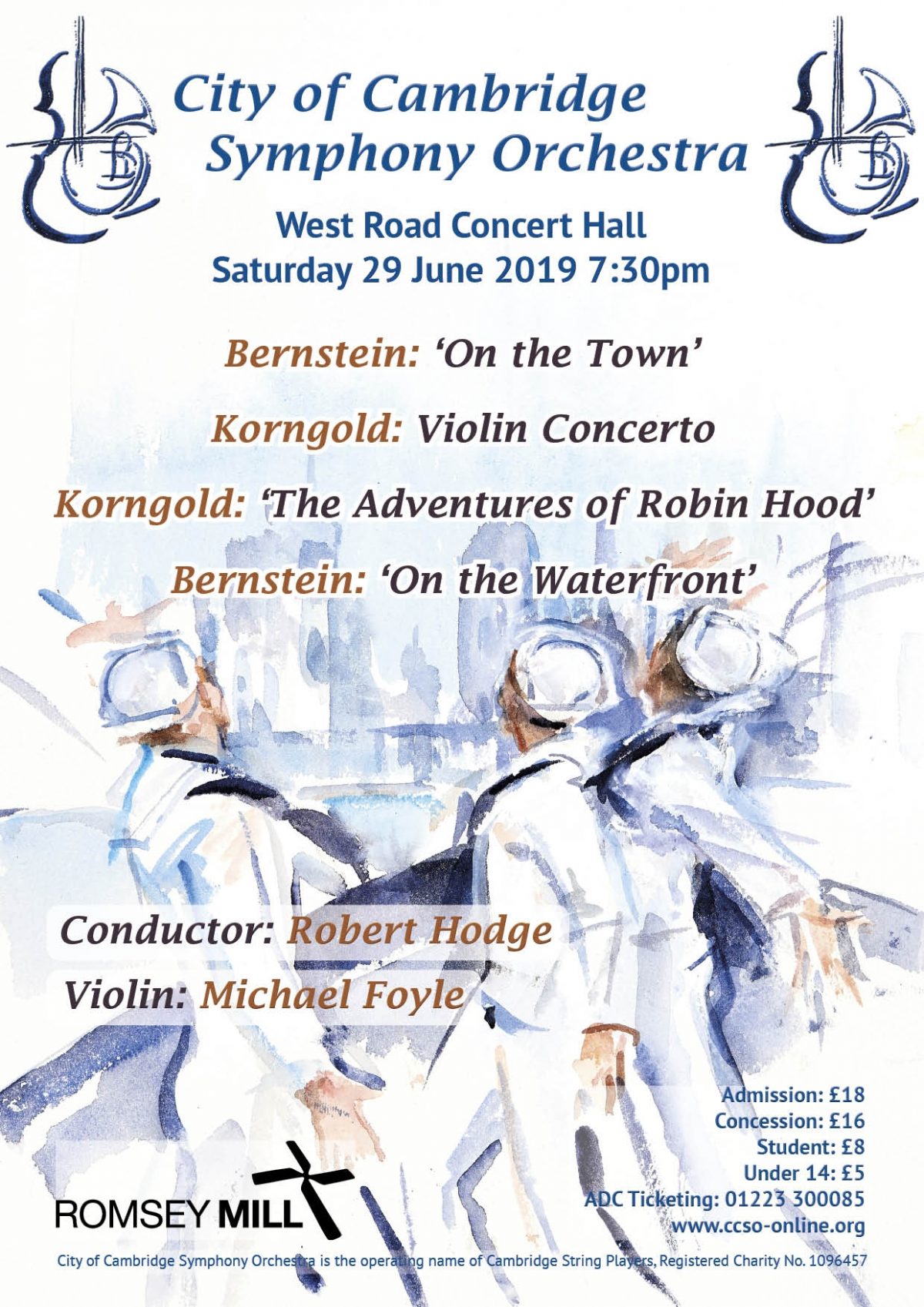 Both Bernstein and Korngold were American citizens of European/Jewish background. Both were hailed as musical child prodigies, and both made their fortunes in the glitz of Hollywood and New York.

Bernstein was multi-talented: a composer, conductor and pianist of consummate skill, so much so, the demands on his time forced sacrifices now regretted by the musical world. For example, his compositions are comparatively few in number. We all know ‘West Side Story’, but what of tonight’s pieces, ‘On the Town’ and ‘On the Waterfront’? Both were well received and both deserve another airing. They show Bernstein’s absorption of all musical styles ranging from romantic, through jazz to the avant garde.

Korngold astounded the world with compositions written at the age of 12, and went on to become a prolific composer of film music, completing 16 film scores in all, two of which won Oscars, ‘The Adventures of Robin Hood’ being one. A wag once suggested his music was ‘More corn than gold’, but that has not prevented his Violin Concerto from amassing a large and loyal following. You will not fail to be captivated by its flowing melodies and wistful allure.

Advanced ticket sales: There is no booking fee but a 70p charge applies for postage. Tickets will also be available on the door (subject to availability).

From Junction 12 of the M11 Drive for approx 1.5 miles into Cambridge (Barton Road) Turn left into Grange Road Turn 3rd right opposite Rugby Club (West Road) We are half way along the right hand side of West Road.

Trains run regularly to Cambridge from both London King’s Cross and London Liverpool Street. If you are coming from the North, it is advisable to change at Peterborough. West Road is a 10 to 15 minute taxi ride from the railway station.